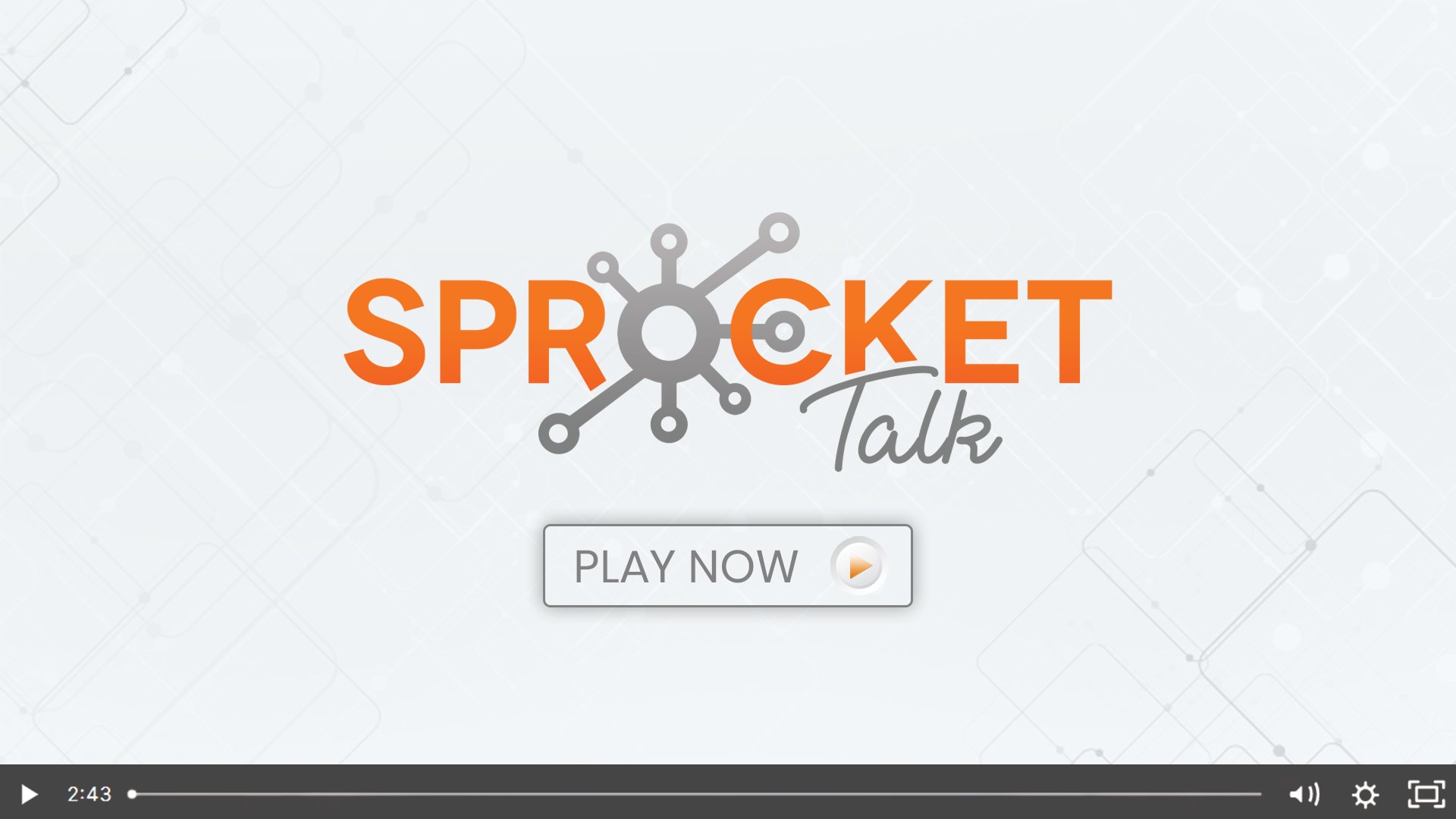 In this Inbound Speaks interview, we chat with Julie Zhou about her experience at AdRoll and how it lead to ditching the acquisition funnel. She shares a couple tips, a story, and how they supercharged their growth!

Everybody Is Your Customer: How Ditching the Acquisition Funnel Supercharged Growth

While an acquisition funnel can be a useful tool to measure the flow of customers in and out of your service, it can often be detrimental to growth when used as a basis for decision-making. When a marketing team always chooses its activities based on what will drive the greatest number of activations or revenue, they’re ignoring a key facet of their business: their customers. Learn how NextRoll rebooted its highly transactional relationship with its customers, and in doing so, unlocked brand new opportunities for growth. 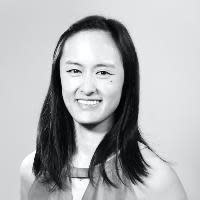 Julie Zhou has built over a decade of experience in product management, growth, and marketing for some of the most well-known products in the world. She is currently a Senior Director of Growth at AdRoll (part of NextRoll Inc), a growth marketing platform for ambitious direct to consumer brands. Prior to that, she led growth marketing at Hipmunk (acquired by Concur), the fastest, easiest way to plan travel and was a product marketer for Google AdWords, Maps and Android.

George Thomas 0:00
Hey, inbound attendees, it's your boy George B. Thomas. And of course, we're back with another episode of inbound speaks where I speak to people that speak at And anyway, it always gets meta. Hopefully you giggle every time I go through that whole rigmarole. But today I'm super excited, because we're talking about a topic that's a little bit different, a little bit exciting. Anyway, let me go ahead and run that bumper. And let's get into the good stuff. All right, today helping me to tell this story is Julie's Oh, and we're actually talking about how everybody's a customer and how ditching the acquisition funnel supercharged growth. Don't worry, we're gonna get into that here in a hot minute. But first, Julie, why don't you take the time to let the inbound attendees the sprocket tears The viewers, the listeners if you will. Let them know a little bit about you and what makes you tick.

Julie Zhou 0:52
All right. Thanks for having me, George. You bet. My name is Julie. I am the Senior Director for growth at ad roll and What makes me tick? Well, it's kind of in my title is the idea that anything can grow. And the idea that something that may have worked a year ago, a quarter ago, these days, even a month ago, may not be the same things that can grow your company these days. And so rather than trying to become a deep expert in one thing, instead you should be approaching your business. Understanding that it's, it exists in a world that's constantly changing, and therefore trying always to learn new skills, learn new tactics, and be able to adapt.

Julie Zhou 2:19
I think that any person who has a stake in growing the customer base or the revenue of their company should be in the room and I do mean that in the broadest possible sense

George Thomas 2:34
question then to that's who, but like, why, why is why is it important for them to be there?

Julie Zhou 2:40
It's important for them to be there because they can learn from my experience and my customers experience around how you think you're doing well. You think that there's no limit to how much you can grow? And then you kind of run to a brick wall and you're just wondering why and you go through Your old bag of tricks, you think you're doing everything right? But nothing might be happening. And they should be in there because they can know they're not alone, that this is quite common. And that the way that they resolve this is not to do more of the same thing, but rather to kind of change their whole worldview.

George Thomas 3:20
Love that now without giving away the whole forum, because we want to tease people into going to the session. There seems like there's a little bit of a story, you said lessons that I've learned, right, so so this is obviously like, yo, yo, yo, we ditch the acquisition funnel, and this is what we saw. So tell us a little bit of the kind of the baseline or history that led into this then now inbound talk.

Julie Zhou 3:44
Sure. So I have been associated with my current company for almost a decade now, in fact, but the company's over a decade old and when I first got to know the company, by I thought of it in one way. I thought, oh, there's no there's no limit to how far it can grow. I all I need to know is how well the tech works. And it's obvious. It's just an easy sell. And then once I started working there as an employee, and I was no longer a customer, I began to realize like, Oh, this, what God is here is not going to get us there. And for a variety of reasons, our marketing team, and just our, our mindset as a company was not set up, right, in order to change the way in which we viewed our customers like to ditch the transactional kind of relationship that we had with customers a very fruitful and a very profitable transactional relationship. Don't get me wrong, but that type of relationship really need to change in order for us to have true long lasting relationships and a lot more money.

George Thomas 4:57
So here's my question then and this is kind of 100 Left or right turn, maybe if you're ditching a transactional relationship, What relationship do you have to then pick up and run with? I

Julie Zhou 5:10
wanna I want to do this without giving everything away. Yeah, it's a relationship built on goodwill. Yeah. And I'll tell I'll tell the story. I know I'm stealing it from someone. Right. But what do you think of BMWs? Do you think they're a good car? Do you think they're a powerful engine? high performance? Maybe Maybe not. But general if the general thought about BMWs is there are an excellent high quality sports car. And I will say that if anyone asked me, What do you think of BMW is even though I've never owned a BMW in my life, and honestly, I don't know if I've ever written in one. But I will still tell people about how great it is. And that is not an accident. That is a very intentional reputation that BMW has invested in.

George Thomas 5:58
Yeah. I love that. It's It's, yeah, we don't want to go any deeper than that. But my mind goes into reputation. It goes into brand, it goes into the story that you tell, and then other people as well. And there's a whole bunch there that I'm sure that you're gonna unpack in your inbound session. Now, again, what just so we give them a little taste a little tease? What's one tip that you think anybody watching or listening to this inbound speaks interview could at least start to do or lean into in between now and actually attending your session?

marketers look at their net promoter score as a sign of how well their company is doing. And the net promoter score is you take, you ask everyone the same question, which is how likely are you to recommend us to a friend or colleague, you take the ones that give you the absolute highest scores and you subtract the ones that give you the absolute lowest scores and you kind of ignore everyone in the middle because they would not actively detract or promote You. And that's an excellent score. However, the number doesn't tell you everything. And what you need to do between now and when you go to my talk is you need to start looking at the volume of responses that you're getting. Because even if your score itself is not changing, if the volume of people who are responding as a percentage of like your total customer base is changing dramatically, that could be a sign of either trouble or hopefully have greatly increased interest.

George Thomas 7:30
That's a super ninja tip like because because it could go either way. And you should be paying attention to the way that it is going, because that's going to give you kind of the levers and buttons that you may need to push to either bring it back up or continue to soar. That's how we'll talk about that one. So last year, I love this question. I would say something like, all right, so Julie, you've given your talk, and all sudden the entire audience stands up. Gives you a raving round of applause. Wow, the inbound team might have wanted to send us in our speaker pack an applause button that we could have like, like we could have hit when it was over, because this it's virtual right. But still the question that I lean into it that is, what's the one takeaway what's like the big aha or thought that you want people who attend your session to actually leave with

Julie Zhou 8:27
customers remember, but ones who helped them

and so we should be a company that's remembered that way.

George Thomas 8:39
That's some good stuff. So here's what I will tell you inbound viewers, listeners, sprocket tears, whoever you are, pay attention to the way that people are communicating with you pay attention to the metrics that matter around that and definitely make sure that you see Julie session where you may actually ask, are we doing Doing it the way we should, or should we be doing something else. It's funny emotion pivots, all sorts of things in my brain, but I'll be trying to figure that out and I'll be here waiting for you in the next episode.